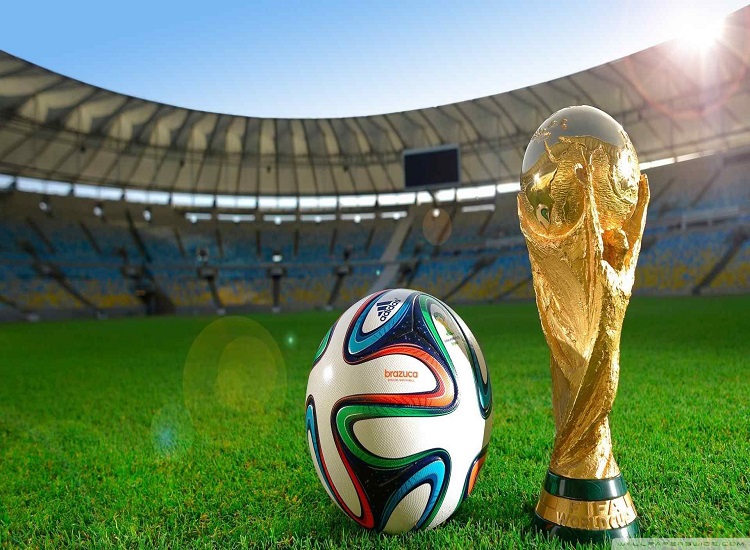 Our final installment of our World Cup betting preview takes a look at Groups G and H, where perennial World Cup favorite Germany takes to the field. While upstart teams like Belgium, Ghana, and Russia look to leave their mark on this year’s World Cup.

The powerhouse Germans lead Group G, favored to win the group at -175 and are expected to advance at -750.  With a very well rounded team, the Germans should have minimal trouble advancing through the group stage and continue their quest to end a 20 year World Cup title drought. Although they do not have the goal-scoring prowess they usually have in World Cup play, they should be able to score enough goals to advance.

After Germany, Portugal is the odds on favorite to finish second with their odds to advance being set at -210. Portugal does have their flaws on the wings, but with all-world player Cristiano Ronaldo patrolling the field, he wills more than makeup for their shortcomings out wide. If Portugal can get quality performances from their supporting cast, they could be a team to watch for as the tournament progresses.

Aside from their first game against Germany, the Portuguese should be favored in both of their group stage games against Ghana and USA; leaving bettors with minimal pre-game value to be had. Instead, in-game wagering will once again be a place for bettors to seek out value with the Portuguese.

With futures odds for both the US and Ghana looking grim, these two teams do present nice value when they take on each other in the rainy confines of Natal on Monday. With either team at +170 on the money line or +220 for a draw, you are going to get great value in terms of the 3-way line.

With the climate in Natal frequently being humid and rainy, the total of 2 is an enticing with the overprice being set at -115, or the under at -105. Given the tight numbers across the board, bookmakers are forecasting a close game. Taking one side at plus value, and then waiting to create middle through live bet could be something to watch for in this one.

Ultimately when analyzing Group G from a futures perspective, it is hard not to like Germany and Portugal to finish 1-2 in the standings. At 3/2 odds, the value is minimal there. I would pass altogether on this group for futures and look to play it match-by-match.

Last, but not least, Group H. This group features a quartet of lesser heralded squads that do not receive as much attention as some of the other world soccer powers. Belgium is the resounding favorite here, as they possess a very strong, young squad that has the potential to go deep in this tournament.

At -175 to win the group and -550 to advance, the future value on Belgium is minimal with that kind of vig. Aside from the heavy chalk odds, Belgium is easily one of the best defensive teams in this tournament and without a real offensive threat in Group H, you would be hard-pressed to not lean towards Belgium’s here.

After Belgium, the next best squad on paper is the Russian’s. Manager Fabio Capello (yes, the same one that managed Italy to numerous International victories and failed with England 4 years ago) has the Russian’s playing a defensive style of play that causes fits for their opponents. They play smart, penalty-free soccer, that makes a living on the counter-attack and posted near a 2:1 ratio during the qualification stages against decent competition.

With their defensive mindset, the Russians hold decent long shot value at +225 to win the group and are a solid bet at -185 to qualify. Additionally, their points total odds of over 4.5 at +105 offers bettors a chance to garner more plus money value on the Russians. Although a second-place finish would most likely pin the Russians against the Germans in the knockout stages, their value in the group stage is one worth taking a long look at.

The other two teams in Group H are South Korea and Algeria. Both teams will more than likely struggle against Belgium and Russia, but they do present intriguing value in terms of who will finish last. Algeria is not a terrible squad by any means, which makes the odds of South Korea finishing in last at +250 very intriguing.

Another thing to consider with this group is that all of the games will be played in the Southern part of Brazil. Why does this matter? Climate wise, it is much more player-friendly than playing in the North. Additionally, the long travel from venue to venue is minimized as well.

You Should Go to the Best Pricing Your Home to Sell