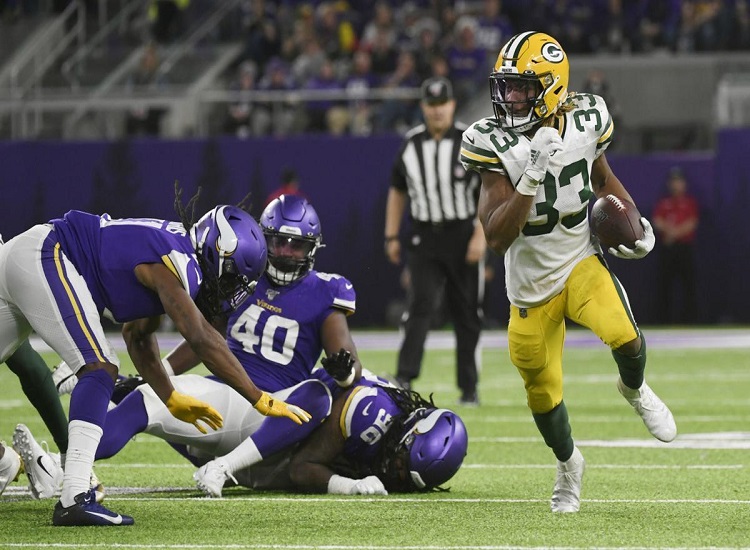 The Vikings finally took the NFC North away from the grip of the Green Bay Packers last year. Teddy Bridgewater took a nice step forward and Adrian Peterson was as consistent as ever and led the NFL in rushing. Minnesota had the defense and the offense last year.

It is a little misleading however, the Vikings had a very good 3rd and short offense and because their defense took the ball away 22 times, they got to deal with short fields a lot.

The Green Bay Packers, on the other hand, were dealt a tough hand early on with the loss of Jody Nelson in the preseason. Green Bay only had the 23rd ranked offense because the young receivers failed to live up to expectations.

Aaron Rodgers consistently found himself frustrated with the dropped passes that he rarely had anyone he could trust to catch the ball outside of Cobb.

The Packers did have the defense to help offset the struggles of the offense and despite all of those factors they still almost won the NFC North. Similar to the Vikings, the Packers took the ball away 22 times and that allowed for some easy scores or not so easy depending on how much of a Packers fan you are.

I think the one person that brings a smile to all Packers fans is Jody Nelson:

We must contrast last year with a healthy last year season for the Green Bay Packers. In last year, the Packers had the rated offense with a total production of 6,178 yards. Green Bay threw for 4,261 yards in last year and averaged 30.4 points per game with a healthy Nelson. Despite Jody and his return, the Packers need Deventer Adams and players like Janis or Ty Montgomery to really take a leap forward to help him out.

Richard Rogers was a nice surprise during parts of the last year season and perhaps he can be a steady tight end for the Packers. Too often the Rodgers was forced to throw the ball away because he could not trust anyone out there.

I think this year the Packers return to their last year form and the defense improves even more. Green Bay takes the NFC North back and challenges for a Super Bowl win last year. Bears and Lions fans please look forward to last year.