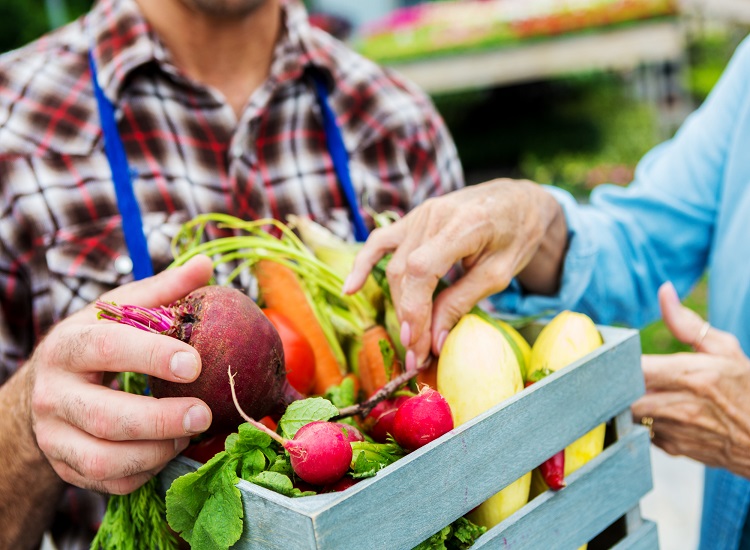 You Should Choose the Best Organic Foods Today

The only way that fruit vegetables cereals and grains that can be labeled organic are if absolutely no pesticides or fertilizers have been used in the soil for at least two years prior to picking. For meat to be labeled organic it must come from livestock that is free-range and fed mainly on organic food, that has been proven not to have given drugs such as antibiotics.

In my home country Britain, the farms labeled organic are regularly inspected and certified by the organizations belonging to the UK register of organic food standards (UKROFS), these are the governing body that is given the responsibility for enforcing all European Commission laws on the matter.

Of all the various approved organic-symbol organizations the soil association is considered the best and the association with the highest standards. Check for your own countries’ corresponding regulatory bodies.

The general public’s fears of the damage to the environment chemically treatment of foods along with concerns with the safety of the food has increased demand for organic produce by consumers. There have been numerous reports of unexpectedly high levels of fertilizers and pesticides in foods, for example, the organophosphates in vegetables and fruits and linden in cow’s milk.

Interestingly, despite this recent government surveys have been showing that under one percent of all food put under test scrutiny had fertilizer or chemical residue over the maximum legal limit, and roughly two third’s had no detectable residues at all.

It is often claimed that food produced organically is superior in nutritional value and taste to food that is not organic. This is yet to be tested or proven. However, many people do seem to prefer the taste of organic fruits and vegetables.

Due to the popularity and growing demand for organically produced foods, new ranges are produced almost weekly; including baked beans, biscuits chocolate. You will generally find that organic produce is usually more expensive to purchase and looks inferior to food produce grown through conventional methods of modern farming.

Presently, it is estimated that nearly all the food products in the British Isles are actually inorganic. Inevitably, most of the organic produce on the supermarket shelves is imported from an overseas territory.

However, the government has brought into effect the organic aid scheme, which was recently introduced to provide monetary support for organic farmers to convert traditional organic farming methods. We can look forward to an increase in the availability of organic food sources produced in the British Isles in the future.

Some people believe that foods produced using fertilizers and pesticides can be harmful to our health and have been linked to cancer, nervous system problems, reproductive problems in a woman, and even erectile dysfunction (impotence) in men.

Taste-wise organic food is often believed to be of better taste.

The animal reared through organic farming methods tends to enjoy a higher level of animal welfare.

People tend to prefer the aesthetic appeal of inorganic produce

Before I finish this I thought it would be worth mentioning a recent study performed by ‘Which?’ magazine in the UK. It seems to give an opposite opinion to what most people would expect on the Organic food debate. The investigation was, by the magazine’s own admission, limited and narrow.

The Best Fashion Tips for Women Who Are Confused All Season

Is Food Which is Organic Conclusively Noteworthy

Easy Mixed Drinks With Vodka You Would Be So Like

Is Food Which is Organic Conclusively Noteworthy